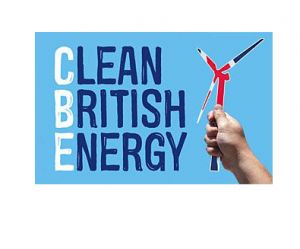 The campaign to develop clean British energy from our wind, sun and water.

The Clean British Energy Campaign, backed by Deborah Meaden, is calling on David Cameron to end the UK’s reliance on costly fossil fuels and award the country a ‘CBE’ by developing clean British energy from our wind, sun and water. Energy watchdog Ofgem says that rising wholesale gas prices are causing our fuel bills to rocket. British Gas admits it will be adding £50 to customer bills by the end of 2012, causing extra winter misery for millions already struggling to afford power and heating.

Currently just 9.5% of our electricity comes from renewable sources, yet the UK is blessed with some of the best wind and tidal resources in Europe – offshore energy alone could meet our current electricity needs six times over.

Friends of the Earth says that with a Bill now in Parliament to reform the UK power market, Ministers have a once-in-a-generation opportunity to change things for the better. As well as keeping the lights on, developing clean British energy could drive forward economic growth, creating thousands of new jobs and business opportunities. But the charity warns that current Government proposals leave us trapped in the same system dominated by the Big Six energy firms reliant on dirty fossil fuels including shale gas – and risky nuclear power.

To help tackle climate change, secure electricity supplies and lift millions of people out of fuel poverty, the campaign is asking the Government to:

Click here to visit the website and ask the Energy Secretary to switch the UK on to clean British energy. The more people who back the campaign, the louder the call will be and by taking simple steps like this, you could earn yourself your very own ‘CBE’.

I was judging the People and Environment Awards for Business alongside Joe Jenkins from Friends of the Earth where we became chatting about the importance of renewables. It was obvious very quickly that we held a shared passion and common views on the subject.

When Friends of the Earth decided to launch the Clean British Energy Campaign I guess Joe suggested that I might be willing to help out. When they asked me to back their efforts and be a face for the campaign I was very happy to assist.